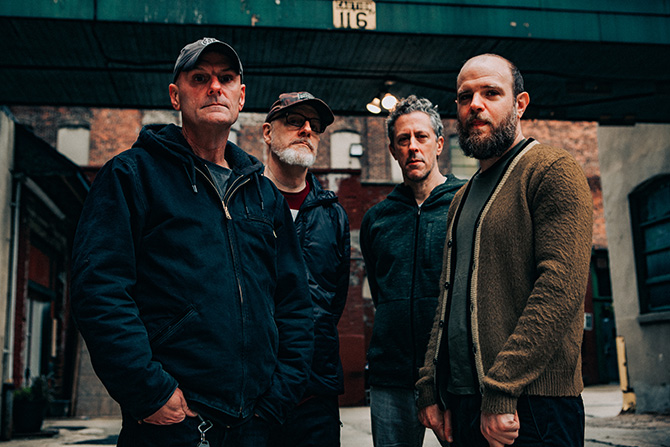 Human Impact’s first recordings are a dark mirror held up to the band’s collective pre-history – the sound and story of Unsane, Swans, Cop Shoot Cop, and New York City itself. It’s sound is cinematic post-industrial filth rock, a dozen run down subway stops away from recognizable civilization, as futuristic as it is grounded in its sordid heritage. The result is a potent, hard-boiled distillation of this sonic ethos.

Recorded at BC Studios by veteran New York noise sculptor Martin Bisi (Sonic Youth, Unsane, Cop Shoot Cop) and recorded and mixed by Alan Camlet at Hoboken Recorders. Human Impact are a four-man hit squad controlling, gainfully, a musical genre they helped build. As much a nod to a pre-Giuliani, unsterilized New York as a soundtrack to a dystopian Ballard book, Human Impact is the score to a challenging future fast approaching.